So you’re here because you probably have a few red peppers in your fridge and you don’t know what to do with them. Luckily, stuffed red peppers are a common dish and there are many ways to make stuffing for your peppers. If you’re looking for a healthy option and you love cheese and spicy food, check out this stuffed red pepper recipe I put together. I love making this recipe and it’s always a huge hit among friends during a get together. Best of all, it is very easy to make and contains some pretty healthy ingredients. 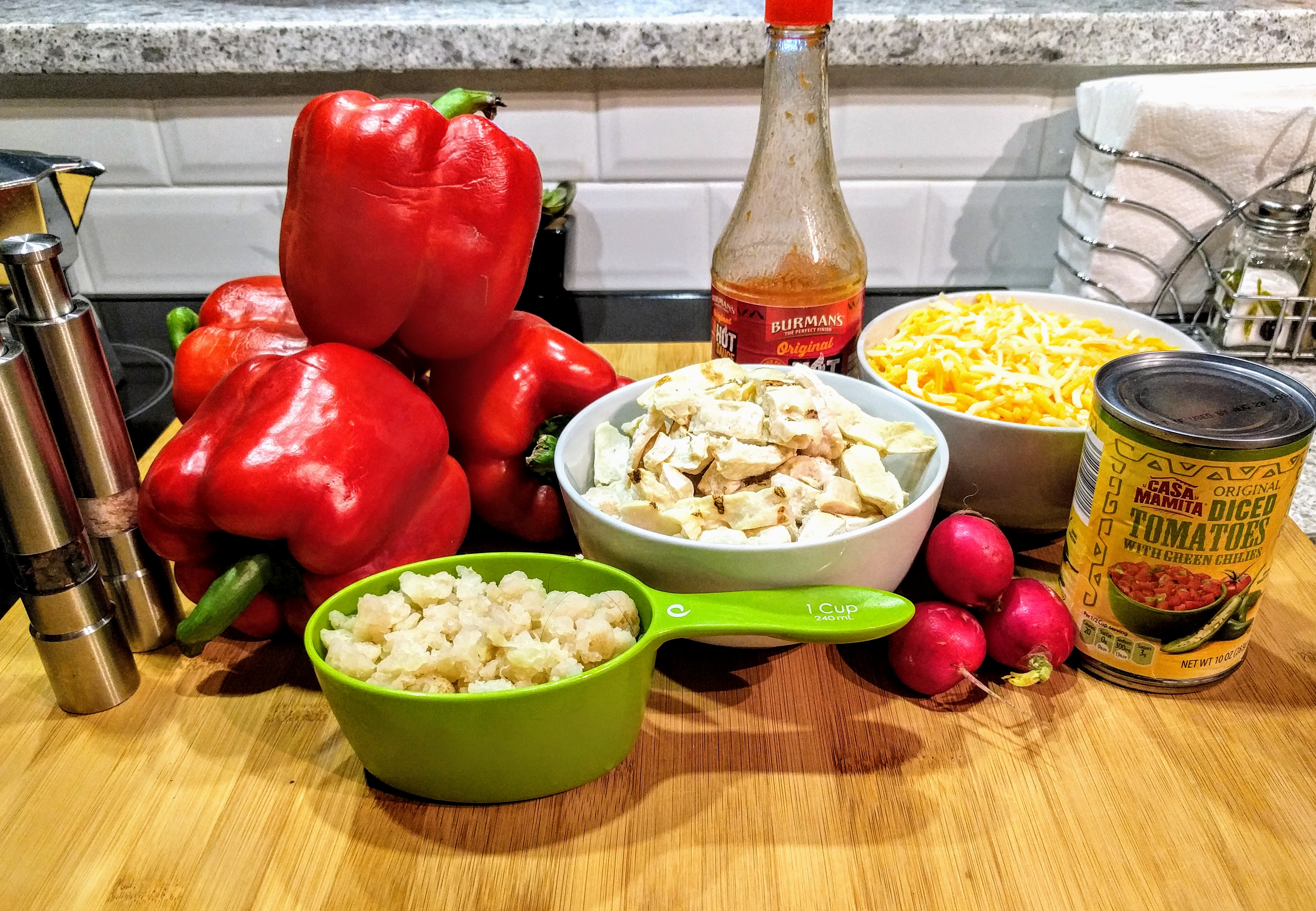 And there you have it. This is a super simple recipe to make and most of it really involves waiting for the stuffed red peppers to bake in the oven. Just sprinkle a bit of parsley on the cooked peppers and they’re ready to be served and eaten! Enjoy!