My favorite time of year is approaching. Holiday season! And while it may not be my favorite season weather-wise, there are certainly a lot of other things to look forward to. Having been invited for a friends’ yearly Friendsgiving get-together, I wanted to bring something that was season and holiday appropriate. So I took to asking my mom, who is a great cook, about the ‘Golden Cups’ (or as I’d like to refer them, Pecan tarts) recipe she always used to make when I was a kid.

I always looked forward to these tasty treats because I loved the texture, and obviously the taste. Over time, I’ve also come to appreciate the sweetness level in this recipe since these mini tarts aren’t very sweet. But they are very rich and flavorful. 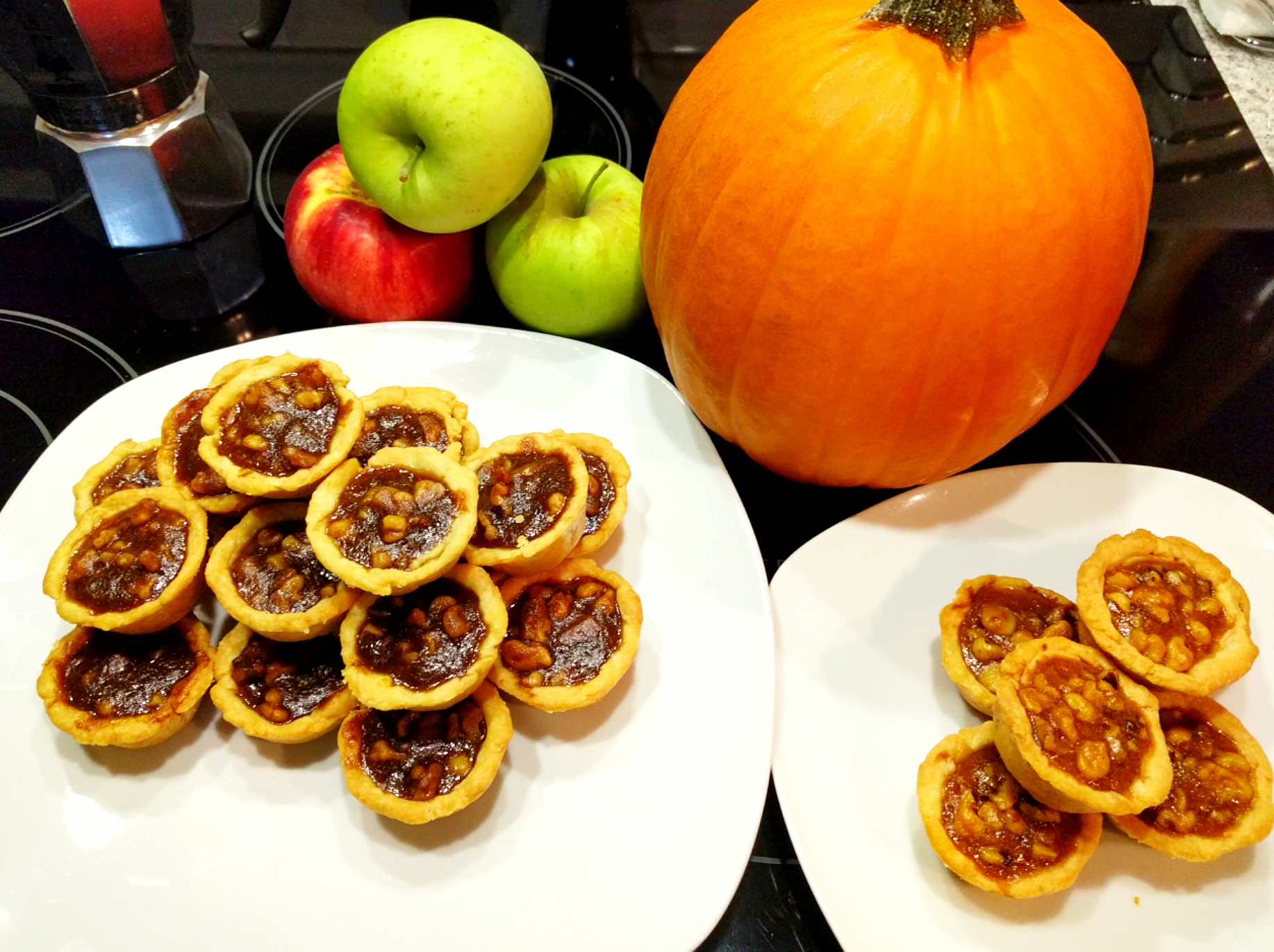 So thanks to my mom, I decided to share this recipe with you. I’ve also added a bit of a twist where I’ve reduced the brown sugar needed and instead replaced it with more seasoned ingredients like apple and pumpkin butter. 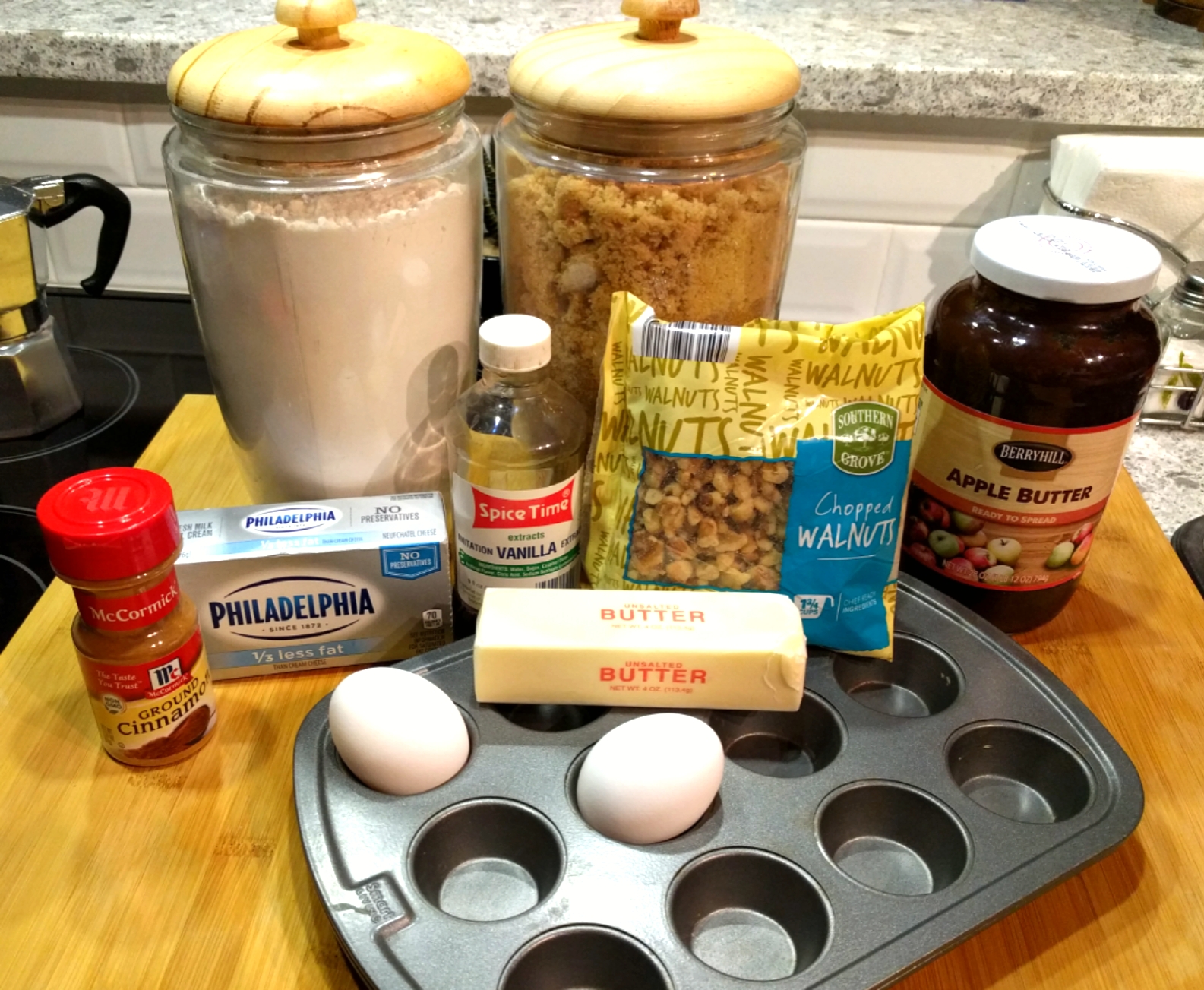 That’s really all there is to them! Optionally, you can sift some confectioner sugar onto them for added sweetness.